Why I Had to Pay Off My Debt Twice

I spent nearly three years paying off a pile of debt while I wrote for BAD. How long did it take me to jump back in? Six months. Within two years, I racked up $70,000.

Some of you asked what on earth started the downhill slide. A stupid car. My car started dying at stop lights. I was pregnant with my second baby and I was certain someone would crash into my car and kill all three of us. Did I have my car checked to see how much it would be to fix it? Um. Does the oil change guy count? No? Then, uh, no. I didn’t have the car diagnosed. I drove to a dealership and traded it in for a beautiful, expensive, brand new SUV. I cried while signing the SEVEN YEAR loan papers and cried the entire ride home. I knew I made a mess.

Did I stop there? Did I scream, ‘Enough is enough!’?!?! Oh no friends, that would have been responsible. And we all can clearly see I wasn’t exactly responsible at that time. I dusted off my trusty credit card and charged away to the tune of $15,000 over a two year period. We added on some legal debt (we live in California, it’s practically required!), medical debt, and a sprinkling of student loans.

Why? I forgot the reason I wanted to get rid of our debt.

If your ‘why’ isn’t strong enough, your resolve to stay out of debt won’t be either.

In 2014, my brother told me about YNAB, a budgeting app that was working really well for his family. I mentioned to my husband that I wanted to give it a shot and, being the awesome supportive rock star that he is, he sat down and told me we should start immediately.

Over the next three years, we scrimped, we saved, we pushed, we cried (OK, only I cried but that’s not important), and we finished… again. We had enough to pay off the debt in January 2017 but I was pregnant at the time and we decided to hold all payments but the minimum until after the baby was born as instructed by Dave Ramsey. I thought this suggestion was ridiculous…until an emergency C-section and a NICU stay changed my mind. But that’s a story for another day.

In April 2017, we wrote the last check. We saved cash to take the kids to Disneyland to celebrate. I cried that whole trip. For once, I wasn’t crying because I made a mess… I was crying because I cleaned it up. 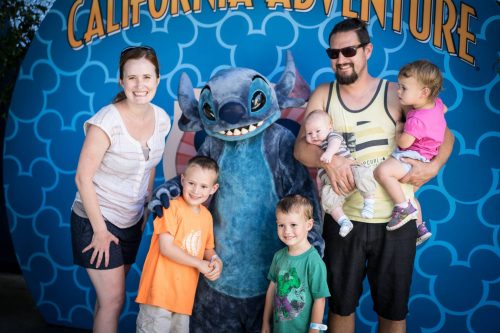 Two months ago, my husband became a full-time stay at home dad. We have had our eyes on that prize for more than two years. That’s my ‘why’…and it’s AWESOME.

Now you’re caught up. Where do we go from here? We’re looking at the big daddy of debts to tackle…our mortgage.

Three hundred and twenty thousand dollars. We live in So Cal. Our mortgage is laughable to locals but to us, it’s simply not something we want to live with anymore.

We’re coming after you.

With all my recent posts about food, I saw this and was just like YES! Someone else gets my struggle!

But I wanted to jump in and share the final answer to our Christmas Tree debacle for this year. This is our $10 Dollar General, 4′ pre lit Christmas Tree. It was listed as $15 which I was fine with. But much to my pleasant surprise, when rung up, it was only $10. Win for me!

I believe this is a good compromise for us. Princess is happy to have a traditional tree to decorate. And I am ecstatic at the size and price. If we decide to store it, it’s a very reasonable size in the box. And if I don’t want to store it, well, donating or trashing it…it was only $10. Just a win-win, all the way around!

We decorated the house before we left for my parents and I am looking forward to getting back from Texas to a clean, holiday decorated home. Yeah! This is definitely my favorite time of the year. 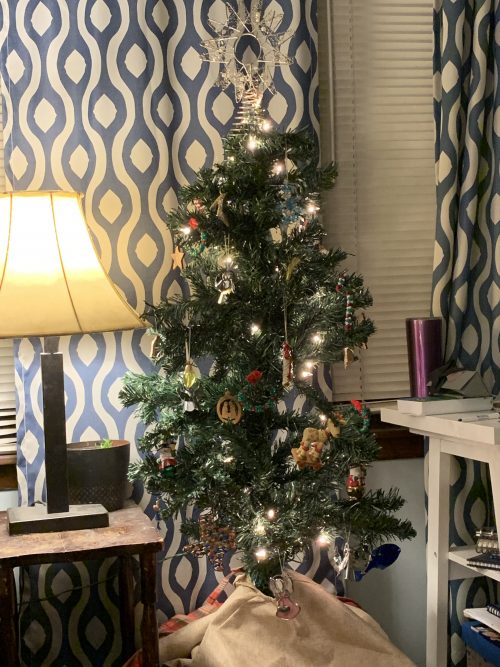 And to be honest, this year will be the best, in some senses, in a number of years. We have a true living room for the first time in, what 4 or so years. I’ve been budgeting and shopping for Christmas for months now, so no financial crunch. And work is steady and enjoyable.

A couple of personal updates: