Giving to a Cause – Inadvertently

There have been lots of posts about giving to charities and giving back.  This is not a re-hash of those.  This is more of a brag…

This past weekend we drove through the insane winter weather, up to DC for the Flip for the Fight gymnastics meet.  It was the smallest meet that Little Gymnast has participated in, perhaps due to the nasty weather.  But it was SO well run.  We had a blast and Little Gymnast medaled in three events.  One proud mama here!  This was the first year the meet has had a boys component and I certainly hope they do it again!

But really the reason I bring it up is because it was a way for us to give back to such an important cause – breast cancer research, without breaking the bank or going outside of our normally budgeted monies.  You can see on their website that last year alone they were able to give back $15,000 to this research which is so important to women’s (and men’s) health.

So this week, not only did Little Gymnast do what he does, but we proudly supported this event and will do so again in the future if the opportunity arises! 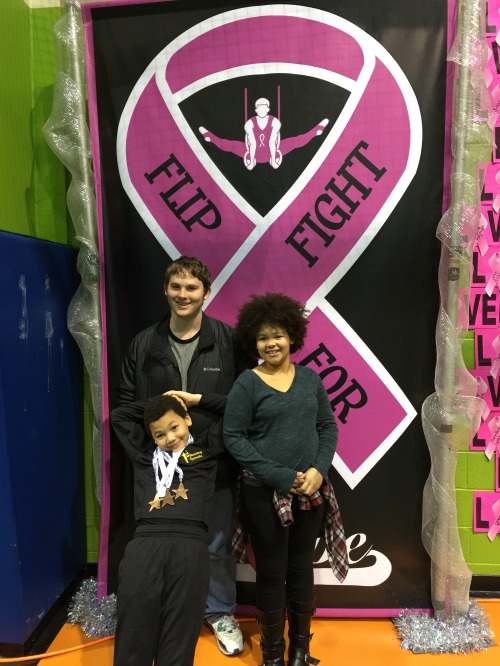 History Buff, Princess and Little Gymnast at one of the many cool photo op locations on site. (Sea Cadet was at his Annual Inspection with his Navy Sea Cadet division.)