EMT, Firefighter – What will He Do Next?

The week before Thanksgiving, Sea Cadet went out in the pouring rain to visit the local fire station. He came back that night excited about the possibility of becoming a volunteer fire fighter.

One week later, he was unanimously voted onto the force and when we returned from Texas, he was fitted for his uniform, given his pager and made official. He’s already been out on several calls this week, one of them at 3am! 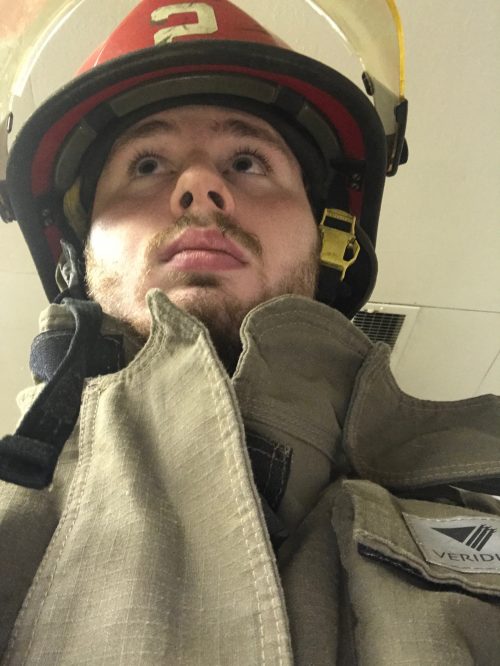 There are some days I look at this child and pinch myself. I mean, I can’t take much of the credit for the amazing man he is turning into, but in some small ways I have contributed. And every day he just gets better.

If you have followed me for a while, this will be repeat information, but if not, I wanted to give you a brief history of where Sea Cadet came from.

Sea Cadet (and his identical twin brother, History Buff) were placed with me as foster kids when they were 12 years old. Sea Cadet, in particular, faced several challenges. He suffered from multiple delays and when he arrived at my home with his stuff in black trash bags was performing academically at a 3rd/4th grade level. 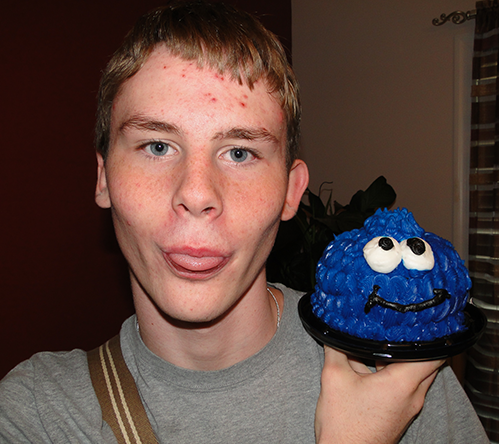 He was in speech to help people understand him better, had a dedicated education aid in all his classes with him, couldn’t write and so on. You get the point. In fact, at the first IEP meeting I attended for him, their goal for him was to be able to ride the public buses by himself.

At the end of his eighth grade year, social services gave me special permission to pull him out and homeschool him because there was a real fear that if he went to high school environment at the level he was at, we would lose him to some very negative influences.

He is just 9 months from completing his Advanced EMT certification, he is working part time (and waking himself up to get there on time consistently,) he has a car that he pays for and maintains, he pays his own insurance and cell phone bills and he has saved a nest egg emergency fund for his car maintenance and in anticipation of moving out next fall. And now, he is a volunteer firefighter!

And this is the kid that they set his highest goal as “riding the public bus by himself.” He is just a living example that with patience, the right path and continued flexibility to accommodate someone’s needs…things are not always what they seem.

I am one proud mama. This kid will graduate with no student loan debt. He’s currently acing all his tests. And he continues to take on more on his own initiative. There are just some days that I am overwhelmed with how blessed I have been to have the most amazing kids. And they continue to make me want to do better, make me want to do more, be more for them!