Some Big Changes on the Horizon for Hope’s Family

My grandmother made the comment that I have been keeping secrets this week. And while I don’t consider myself a secret keeper, I do value my privacy especially after the last couple of years of turmoil.

But there are a couple of big changes in the works around here that I thought I would take this time to share. Both could potentially have some serious implications, financial and otherwise.

So I’ll just dive right in…

Gymnast (yikes, does this mean I might have to change his blog name?) has been making noises about playing football since school started. I think it’s mostly the result of:

I finally broke down and called the coach this week, and he agreed to evaluated Gymnast. That happened this past week.

Gymnast is working out with the football team all this week. He will have to make a decision about gymnastics and football at the end of the week. 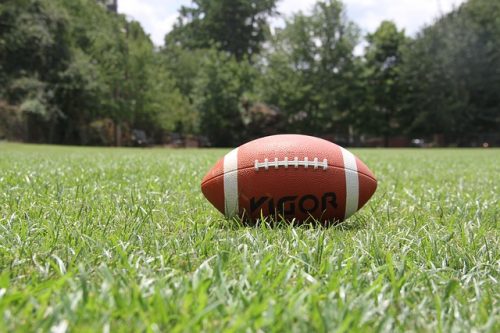 Thusfar, it has only cost me a pair of cleats ($67.) And from my conversation with the coach there is one more piece of equipment I will have to buy if he remains (a girdle.)

This is what I hoped for when I pulled him out of gymnastics. I wanted him to play a team sport, something through the school…but to be honest, football would not have been my choice. I’m excited and scared.

There will be financial implications, logistics implications and big life changes if he chooses football. I guess I may start seeing those next week depending on his choice. Yikes!

A Boyfriend or More?

I dove in the world of online dating last fall. I mostly thought I would have some fun, meet some people and maybe have some funny stories to write about for my personal blog. This has been a really lonely move for me, a hard move. Online dating was my remedy.

I quickly realized that I did not really like the whole online thing and within a month left the online sites. But there were several men that I stayed in touch with.

I’m not really ready to answer more questions, but if things get more serious, well, you know there is now another aspect to my life. But because like BAD readers, I know we are naturally curious here’s what I will tell you.

He has two grown children. He’s worked in construction and had planned this move, or at least a move to Georgia prior to meeting me. He’s moving here from Florida where he’s lived his whole life. He knows everything about me, the good, the bad, the highs and the lows. And I’ve never felt more understood and supported.

We’ve spent the bulk of the last 9 months writing several letters a week. Spent hours on the phone and video calls. I will meet him mom and some of his family when he moves up in a couple of weeks. And we are going to take it slow.

The kids know all about him and are comfortable with the thought of him and know our desires for a possible forever relationship. Gymnast is especially excited about a possible step-dad.  But other than a special letter he wrote to them, talks on the phone and video chats, they have not met him in person.

Yikes, this was a bit hard to write. There’s no manual for single mom dating, or person in debt dating. I’m just kind of feeling my way. Any BAD readers been through this? Have any advice?