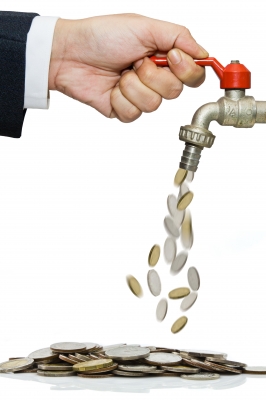 A lot of people expressed that one of the ways they were able to eliminate their debt quickly is by finding ways of saving money and/or making money.  I really took it to heart (even though it appeared as if I didn’t), and started thinking of ways I could do more “side hustles.”  This month has been pretty good on this aspect.  And even though it isn’t much, every little bit helps right?

Before beginning the list on how I made some extra money, I wanted to give an update on the three possible contracts.  Out of the two contracts that looked like they could be winners, I heard back from one of them, and everything seems pretty good… Until the lady said I had to do a “HireVue.”  Anyone ever hear of this?  This isn’t uncommon for my line of work, since many of the clients are across a few states.  It basically is where I would be interviewed online.  Now usually this means a Skype call with every person in the process which I can usually nail really good,   But the company that I was doing this contract with decided a little bit ago to basically do a video recording where they ask you questions and you speak right to your webcam, with nobody on the other end.  I didn’t know what the questions they were going to ask me and had three minutes to answer them.

Now they did give some practice questions, which I could retake as much as I wanted.  So when I went to the real questions I thought this would be the same way.  Nope!  Had three minutes and no retakes.  Well I think I tanked the HireVue, but I still have some leverage as I worked with this company many times before, so hopefully that will be enough.

I also had the Skype Interview with the well known marketer that I really want.  I didn’t bring much to the table with this one, but as he pointed out that he was only looking for entry level.  So we will see how that goes, he told me by next week he will make a decision.

Anyway here are some of the ways we made extra money this month, not including things that I do regularly for my business.  From here on out, I am considering the Amazon venture part of my business, as it has been proven to me that this is a viable way to make money.

Well that’s about it.  Later today I will go over my debt payoff, be on the lookout!