Grow Old With Me The Best Is Yet To Come 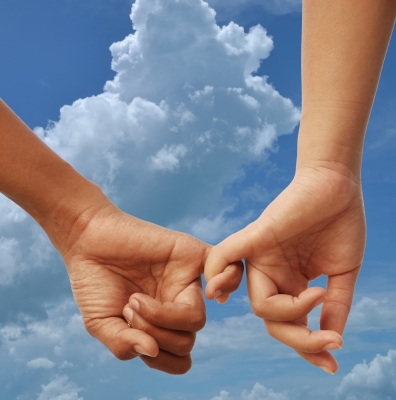 So six years go by, since the humiliating experience of getting arrested for bouncing checks.  The only things I put in my name are the stuff that I have to, electric bill, phone/internet, and my cell phone.  To be honest I was pleasantly surprised that I didn’t have to pay a security deposit on any of them, even though my credit score was a very low 500.  Like I mentioned in my last post, for the majority of this time I didn’t even have a bank account.

During all this time, I sat on the fence with all the personal finance advice I was reading about.  I was still living paycheck to paycheck, making very little money… Partially because of the career industry (Restaurant) I chose to go into after the military… Mostly because I was still living above my means, without collecting debt.

I wasn’t out at the bars wasting money like most of the people my age, but I did have a healthy or should I say unhealthy addiction to the latest technology, especially video games.  Although I was making decent money by working 60-80 hours a week, I was blowing it by buying at the very least $500 on these video games.

My logic was that I wasn’t blowing my at bars, and these video games gave me hours upon hours of entertainment and I had something to show for it.  When I first moved back home in 2009, my dad and I were fixing up the house I grew up in, so I would be able to live there.  It was broken into, and all my TVs, DVDs, Computers, and video games were stolen.  Over $75,000 (what I paid, not what they were worth) was taken.  I soon learned that my logic was flawed.

Very shortly after this I ran into Melissa, a girl I graduated school with.  As it turned out she was just getting out of  a emotionally abusive relationship, one that also brought a smart and beautiful girl into this world.  Now Melissa, suffers from depression and an anxiety disorder… at the end of this relationship, her ex (who I will from now on call Dipshit,) even though they were broken up, he made it appear that she had no money because all of it was tied up into various things, meaning she didn’t have enough money to move out, which I didn’t find out until we started talking again.

He even went so far as contacting me, calling me a home wrecker.  Because of this fact I kinda backed away for a few months.  During that time time I was offered a great position with Yellowstone National Park.  The amount would make was double what I made each year, and it was only for about 6 months.  As the time was counting down till I would leave for this opportunity, my best friend decided to open a restaurant, and asked me to help him achieve his dream.  I couldn’t turn this down, so I stayed in my hometown.

Almost immediately after, I ran into Melissa again, just recently moved back in with her mother, who tore her from that household.  After hearing that he was basically holding all of her money in ransom, I corrected that situation.  I also came to find out that he brought her credit score to around the same figure as I was.  Difference was is that her score was current debt that could be corrected.

During this time, as I was helping a friend, it started to become something more, and I fell in love.  (Little did I know, she had feelings for me the whole time.)  I was also able to bring her credit score up to a mid 700.  We got her a car, so that she didn’t have to pay for a car that was in Dipshit’s name, so he could hold that against her.  We wanted very little to do with him, and we achieved that in just about all aspects of life except two, one being Gianna (my step daughter) and the second being the house that has both of their names on it.  (Another story all together)  By the beginning of 2010 we decide to move in together, and this is where my debt story begins, which I will save for next week’s post.