October Challenge – Anyone else thinking about Christmas?

With the holiday season upon us and Thanksgiving around the corner, I am ready for Christmas. I’m specifically ready to start Christmas shopping.

In previous years we purchase or make the Texas side of the family’s gifts by Thanksgiving so that we can take them when we go versus paying for shipping. I’ve decided that this year, I would like to have all Christmas shopping prior to Thanksgiving.

I have asked the kids to all send me Christmas lists. And I told the twins that Santa thinks they still live at home…so he won’t deliver there. (That was meant to be funny.)

As a result, my October challenge to myself…complete my Christmas shopping for my kiddos and my family in Texas. That will give me the first half of November to wrap them, decorate the house and generally be ready for Christmas. 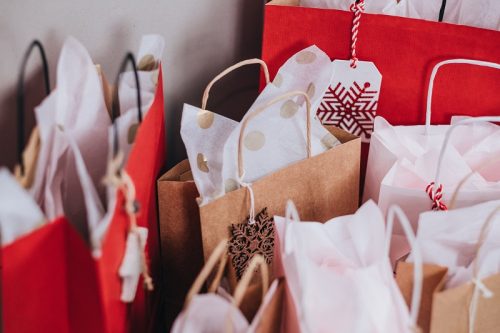 It will take a lot of pressure of the holiday season if my house is decorated and shopping done before we leave for Texas at Thanksgiving.

Since I already have my Christmas funds saved and have had them earmarked since earlier in the year, the financial aspect of this goal is:

I will most likely save $20ish dollars to cover some candy or last minute little things that I won’t want to buy this early. But otherwise, I plan to go into November really prepared and more than that really to just enjoy the time and holiday spirit.

The twins birthday is also this month. It is already budgeted and saved for. In addition to gifts, we always do a family meal out. I am listening carefully as they talk about their new apartment for clues. Otherwise, I will rely on their Christmas lists to guide me in picking out a gift for each of them.

We’ve settled down on our spending a bit (yelling to myself, “THIS IS NOT A VACATION” helps) but there are some categories that are still off track on our months long camping adventure:

Gas – We expected to have increased gas expenses but we didn’t plan for strong winds across Montana and South Dakota.  We normally get 11 mpg.  In South Dakota and Montana, we were lucky to get 7 mpg.  We seemed to have recovered across Idaho and Utah only to hit them again as we start the trek home across the deserts in Southern Utah and into Arizona.  It’s also put more stress on the truck engine.  Since our trusty Toyota is nearing 200K miles, we’ve been regularly getting oil changes and having fluids checked.  It’s expensive now but not performing maintenance along the way will bite us in the end if we ignore it.

Food – When we left, we predominantly ate shelf stable items since we wanted to stay away from people as long as possible.  It’s not healthy to eat like that for long stretches and we migrated our menus back to lean meats, produce, and dairy.  We are a large family and I usually do a combination of bulk purchasing from Costco and meal planning based on what’s on sale at my local large chain grocer.  RV’s have tiny refrigerators.  Even if we could find a Costco (ha ha!), I couldn’t fit bulk proteins in my freezer.  Most grocery stores in the areas we are staying are mom and pop grocers.  I absolutely LOVE this, but there are rarely sales and the food is quite a bit more expensive.

Lodging – When people ask how much it costs to camp, my response is, ‘Whatever you want!’.  There are three main ways to camp:  open public lands (free), state parks (low cost), and private campgrounds (the most expensive option).  We planned on using open public lands which generally have no power or water but had the right price point of FREE.  We found the internet was spotty at best and when it warmed to 80 or 90 degrees (which happened surprisingly often), it was difficult for me to teach classes without getting really, really sweaty and struggling to concentrate.  State parks generally require reservations months in advance.  We were able to slide in on a couple cancellations but unfortunately, most of our stays outside of Montana and South Dakota were at private campgrounds.

I’d also been struggling with the kids always asking me to buy them things.  I can’t say I blame them for asking.  I wanted to buy things for myself!  A new hat?  A t-shirt that says ‘Montana’?  Yes please!  But there wasn’t room in the budget and it was tiring telling the kids that.  We decided to reuse our idea from our long trip up the coast last Christmas and we gave each of the kids $20.  They could spend it on whatever they chose but that was all they were getting.  They don’t ask for things anymore, they simply debate with themselves if that’s what they want to spend their $20 on.  It’s been fantastic!

We are heading home this week and I find myself sad at the thought this part of the adventure is over but there’s a small sense of relief that our spending will get back to normal for a while.

I’m sorry I haven’t been as responsive to your comments.  I absolutely love them but chasing internet and responding to them has been difficult.  It will be back to normal soon! 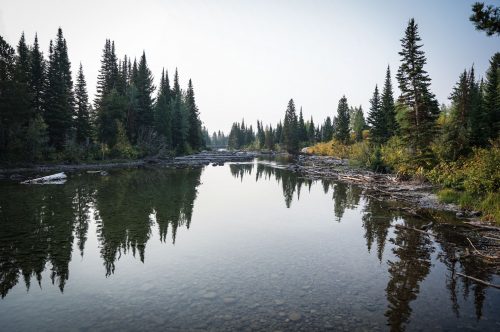