5 Point Plan for Getting Out of Debt

Debt could be good because it affords you an opportunity to use tomorrow’s money to meet today’s needs. However, debt when not properly managed can cast very dark shadows over your finances and make it hard for you to become financially secure. This article provides five actionable steps that could help you improve your odds of getting out of debt faster and permanently.

However, it might be impossible for you to save up that much money if you already have a debt burden. Yet, you can still shoot for saving up $1000 in an emergency fund. You can reach the $1000 milestone by doing odd jobs, having a garage sale, or working overtime among others.

Get rid of all consumer debt

Consumer debt has a way of sucking people into the darkest recesses of a debt vortex because you’ll always have more reasons to take on more debt. Student loans, credit cards, gas cards, medical bills, and car loans are some of the consumer debt you should prune off your finances. If you are serious about getting out debt, you should start by paying off the smallest debt with the biggest interest payment. Move on the next debt with the second biggest interest payment work through the rest of your debt systematically.

Leverage the value of your home

A smart way to get rid of consumer debt (see above) is to leverage the value of your home. If you own a home, you’ll find it much easier to get out of limiting debt by taking out a home equity loan. A home equity loan gives you a huge emotional boost by lifting the psychological burden that comes with being saddled by too many loans to different creditors. Debt consolidation with a home equity loan means that you have only one creditor; hence, you’ll find it much easier to manage monthly payments and other parts of your finances.

Invest 15% of your income

One of the reasons you got into debt in the first place was that your expenses was more than your income; hence, you were forced to borrow money to make up the difference. You can improve the odds of your financial security by moving from being a spender to becoming an investor. Ideally, you should invest at least 15% of your income into investments that could bring in some extra money or investments that could provide you with income during retirement. Of course, you can start investing the little money you already have instead of waiting until you have a huge investment capital.

Getting out of debt is not an end in itself, being financially secure enough not to get back into avoidable debt is the real goal. You can take proactive steps to reduce your need for avoidable debt by building a real emergency savings fund. Building an emergency savings fund enough to cover at least three months (and up to six months) worth of your living expenses will put you in a strong position to weather most financial storms.

The Biggest Mistake in Debt Reduction 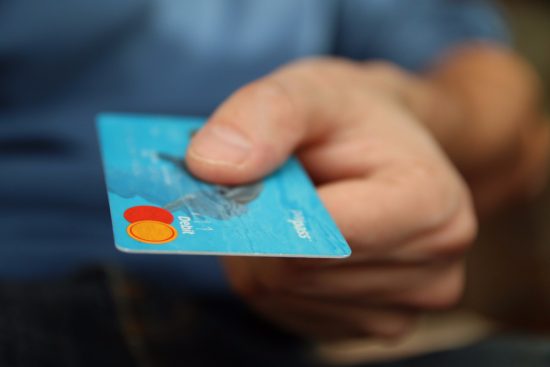 I’m finally debt free and in the process of becoming debt free, I read a lot of articles on how to do it. While most of these give good advice, they often leave out the most important part that, I have found, will actually make or break your debt reduction journey. I have no idea why most articles don’t talk about this, but my guess is because it’s different for every individual which makes it more difficult to put it nicely in to a 10-step debt reduction mantra.

Yes, it’s important to come up with a debt reduction plan whether that’s doing a credit card debt snowball, consolidating debt or even bankruptcy. Yes, you need to look at ways you can reduce your debt, spend less money and create a workable budget. Yes, you should probably look at ways you may be able to bring in some extra income through side jobs or part-time work. But before you do all that, you need to take a look at the emotional triggers that brought you to the current debt you have.

While many personal finance writers and gurus talk about the need to get control of the numbers, those numbers will never be contained until the emotions that drove the debt are addressed. That can make for some strange conversations. When people learn I managed to reduce my debts of over $40,000 and asked me how I did it, they are often surprised when I tell them I was able to do it because I finally decided to go to a psychologist.

I’m sure there are exception to this rule, but I believe in order to get out of debt, the first step most people need to take is to go to a psychologist to better understand themselves. I tried to get out of debt dozens of times over a 10 year period, and I failed miserably each time before I decided to see a psychologist. I knew what I was supposed to do, but much like dieting, knowing how to do something and actually doing it are two completely different things.

For me, it was about security. I grew up poor and we never had a lot of things. As I got older and I was able to earn my own money, I liked to have things. It made me feel secure. My income allowed me to get credit and that credit allowed me to get into debt as I continued to buy things to make myself feel more secure (when in reality I was actually damaging my financial security). It wasn’t until I was able to work out the emotional reasons behind why I was purchasing and going into debt that I actually had the opportunity to begin to free myself from it.

Most people know they spend too much and that’s the reason they are in debt. Again, just knowing this isn’t enough to help you get out of ebt. What most people don’t know is the emotional impetus that leads to their overspending. Not taking the time (and often the difficult emotional journey) to understand why you spend the way you do is the biggest mistake most people make when they are trying to get out of debt.