I chucked to myself seeing the status. Pretty dramatic, no? I remember the time well. Broke as a joke – living in a run-down apartment in a high-crime area of town. Hubs and I had just moved to Arizona from Florida and we’d left most of our early possessions behind. The only things we brought were those that could fit into my little Kia Spectra (our only car at the time), or be pulled behind it on a mini-trailer. That same year (2009), I remember having to pay rent on a credit card. I mean, we were BROKE. So even though I chuckle at the sad-sack nature of the post (I want to mock my former self  – “Oh, poooooor baby!”), I do remember the desperation of feeling like everything was just totally falling apart. Broken bed, broken TV, broken computers, broken car, broken phone. Basically everything I owned was broken or falling apart.

And yet, we made it through.

Better days were on the horizon and things improved across time.

Which brings me some peace and hope as I reflect on my current state of being. Where I, once again, feel like things are falling apart around me. Not in the same way – I have all the material things I need. TV, phone, computer, bed – all are in “working” order. But my life, in general, sometimes feels like its on the verge of falling apart.

I started back to therapy yesterday. It went well.

Then I got out and saw missed calls. While in therapy, hubs had been in a car wreck. His car is likely totaled.

He is okay. Our kids were not with him, so they are okay. His car is not.

We’re still in this together for the time being. Yes, we’re physically separated. But he’s still the father of my children and I still feel the need to work together for the benefit of them. We’ve been extricating our financial affairs from one another, but we’re still currently on the same insurance plan. I don’t know how this issue is going to impact the immediate future. Hubs was able to get a rental car for now, but will likely end up having to buy a new car. Not something either of us really wanted to be dealing with at this time. But life doesn’t always care about our timing. It just comes at you and you gotta figure out how to react to the situation.

So I’m grateful everyone is okay. No one was physically harmed. The kids weren’t present. Things could have been worse.

And I keep moving forward, because I know that time heals all wounds and that eventually, things WILL improve.

When I graduated from my PhD program, I had nearly $100,000 of student loan debt.

So, one might say it’s a topic “near and dear” to my heart. I’ve been opposed to entering into any type of student loan forgiveness program in the past. Ultimately, I just want to repay my own dang loans rather than depending on the government to maybe one-day pay them off for me. In fact, I wrote here about some of the horror stories that make me worried to rely upon a government forgiveness program.

So imagine my surprise (cough *sarcasm* cough) when I saw this story float across my Facebook feed a couple days ago. The headline reads: “This government loan forgiveness program has rejected 99% of borrowers so far.” 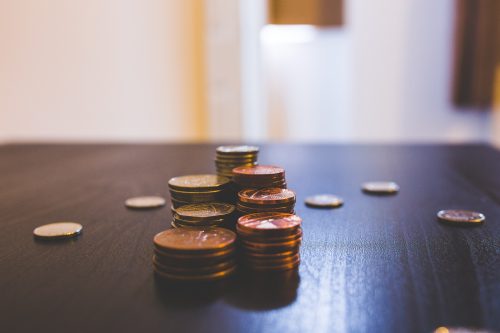 According to the article,

“So far, roughly 99% of processed applications for forgiveness under a government program aimed at helping public servants manage their federal student-loan debt had their applications rejected……Of the roughly 29,000 applications processed so far, only 96 borrowers have had about $5.52 million in debt discharged under the program.”

I know a couple of these people. The first year of the program was 2007 and it requires 10-years of on-time payments for debt to be discharged. That means the first “cohort” to receive debt forgiveness would’ve occurred just last year, in 2017. I personally know 2 different friends from grad school who have posted publicly (Facebook) about thinking they were entered into this loan forgiveness program for a full 10 YEARS, fully expecting and planning to have remaining debt discharged….only to have the rug pulled out from under them. Complicated explanations and nitpicky reasons for why they were not eligible.  It’s a pretty devastating thing to realize and come to terms with.

So I keep on making those monthly payments. I may do a temporary forbearance (still paying interest) while my life-situation is so up-in-the-air. But I’ll pay these loans off eventually. Hopefully sooner rather than later!!!

(Unless the US wants to just cancel student loans in order to grow the US economy. That would be pretty cool. I kid, I kid!)