Spending 30 minutes to save $30+ dollars

With my recent move, I’ve been spending a lot of time with getting everything “set up” with the new place. Although I’m basically all set up now, I was a bit surprised when I opened the mail to find my first trash bill at my new residence.

Just to provide some context – I moved basically 2 neighborhoods away. I’m still very close to my old residence and still using the same trash provider as the old residence. So imagine my surprise when I opened my trash bill to find it had more than DOUBLED! 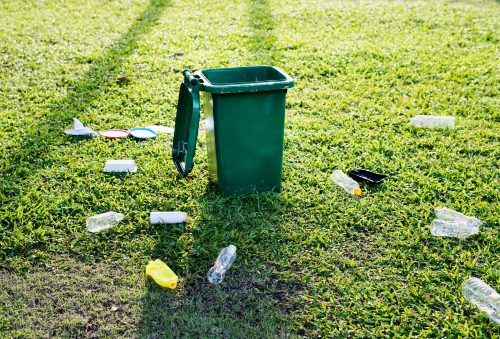 I literally could not believe the discrepancy. I was being charged significantly MORE for LESS service (since I’d only requested once-a-week trash instead of twice-a-week like at the old house).

It was quite the ordeal when I tried to call to inquire about the huge cost difference. First, I clicked through the menu to talk to someone in billing. When the person wasn’t able to adequately answer my questions (why are there all these extra fees and surplus charges? why is the base rate so dramatically different?), I was transferred to someone in sales. The person in sales didn’t do much better of a job with explaining things. For instance – I was told the rate at my former residence was negotiated through the HOA so the discrepancy was due to the fact that I’m not currently in an HOA (but that’s not true – I’m still in an area governed by an HOA!). Then I was told that many of the extra surplus fees at my new place actually go to pay the HOA (what the what???). Then I was told the base rate for recycling also included a recycling fee because recycling in the area is down so they had to charge an extra fee to still be able to offer the service. I asked what would happen if I canceled recycling all together and was told I’d still be required to pay the fee (HUH????) Made no sense.

So I got pretty fed up and said I was going to call around to check rates at other companies. At this point, the sales person finally started loosening up a bit. I was told that if I found a cheaper rate, that they would price-match it for me. Interesting…..  So then I explained my position:

“Okay, then. How about this. Can you price match YOURSELF??? Because this is what I’m planning to do. I will call around. And I will find a cheaper rate somewhere else. And then instead of going through the whole rigamarole of calling back here and spending another 30-minutes trying to negotiate costs, I’m just going to simply cancel my service and go with the new place. OR – you could price-match your own rate that I have at my previous residence. That’s a form of price-matching, right???”

It took a few more minutes of the salesperson calculating and figuring things out. But in the end, they were able to match my old rate for a one-year period of time (and I’m not really concerned beyond that because I’m only in a one-year lease at this residence anyway). Instead of $95/3-months, I’ll only be paying $35/3-months. That amounts to a huge savings – $60 off my bill, basically saving me $20/month (since trash is billed in 3-month cycles).

It was kind of a pain of an ordeal to be transferred around, receive sub-par confusing answers that didn’t make sense, etc. But in the end I got what I wanted….a lower bill! That’s a win in my book!

Has anyone else negotiated down the cost for trash or another “utility” service?

I, personally, was unaware that trash companies would price-match like that. It didn’t come up until way late in our conversation, too (I’m sure because they don’t want to do it unless they think they’ll lose out on the customer??). But that’s a good little tidbit to know!