At our previous childcare facility they didn’t celebrate Valentine’s Day, so this was our first year doing a school Valentine’s exchange.

Only, this Valentine’s exchange turned into party x 4 because I’ve got two kids and they celebrated on two different days (so all the kids could celebrate, given that many only attend on MWF or TTh).

Initially I let the girls pick their own box of Valentine’s from Walmart. They’re relatively inexpensive (about $2.50-$3.50 per box), but I realized after-the-fact that I’d only bought enough for one day (not two). Plus, some of the boxes only have 16 Valentines, so I was having to buy 2 in order to cover the 25 kids. When I went back to the store a second time (for day#2 of parties) I decided to do something a little different.

I bought a box of pink Valentine’s themed tootsy roll pops and set about making my own Valentine’s! 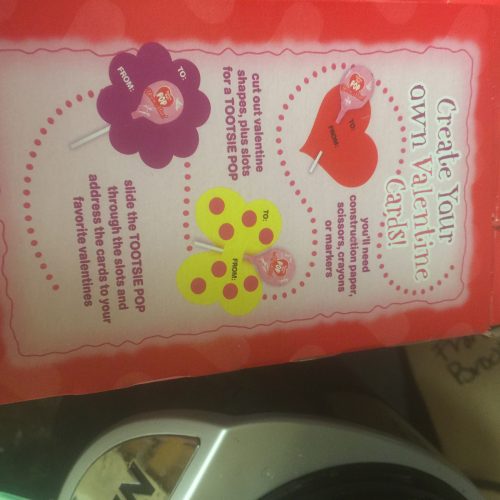 I cut the papers myself (which certainly weren’t great. I was rushing to do them on short notice), and I let the girls put stickers on the butterfly wings. Ideally I would’ve let them color and really decorate the butterflies, but time was limited.

After the stickers and suckers were in place, I wrote a To/From message. 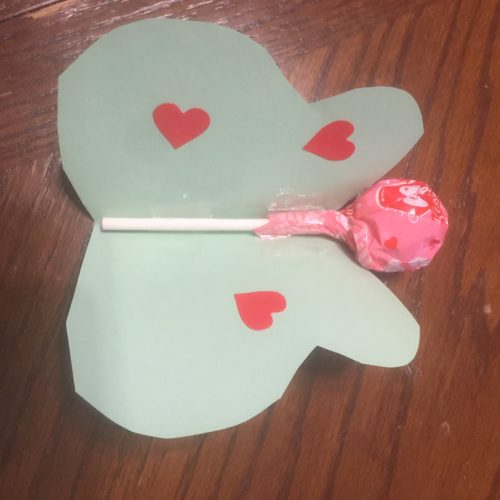 Really not great, but not bad in a hurry. And it was easy and cheap!! Plus, recipients got a full sized sucker! Score from a kid’s perspective, right? ?

After the party, I also took a picture of another kid’s homemade Valentine  this would be super easy, still cheap, and is a creative way of doing something other than the usual boxed Valentine stuff. 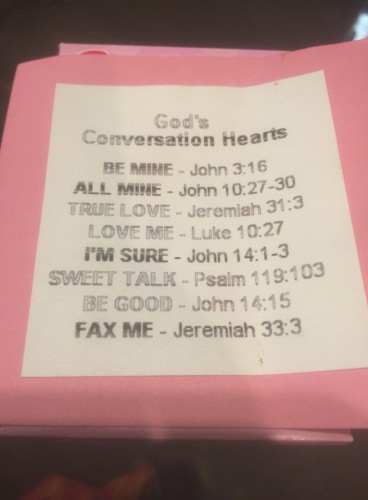 Our girls are at a Christian preschool, so it works well for the environment. They just glued this card on the back of a box of sweet hearts. On the front, they filled in the To/From labels. That’s it! Super easy! 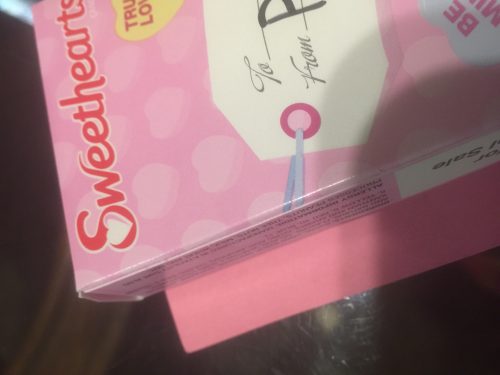 So so there you have it. If you’re looking for a cheap, homemade last minute Valentine, here are a couple ideas.

What do you usually do for kids’ Valentine’s exchanges?