To Be Old and Wise You Must Be Young and Stupid 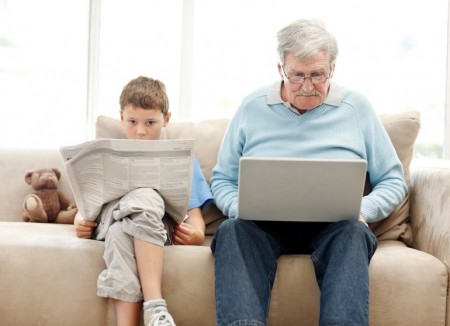 So let’s kick this my first official post with the most embarrassing story I have about my debt journey.  The thing that only a handful of people know about me.  Something that I would not freely admit to anybody else.  But I have committed 100% of myself to this goal, and in order to do so, I have to get it off my chest.

In all the almost 33 years that I have been alive, no one taught me anything about personal finance.  School?  I excelled in all math courses, but did this prepare me for the outside world?  Not one bit.  Home?  This was something that was never talked about in my house growing up.  I did notice that this was the main topic that caused fights between my parents once I was old enough to understand.

I graduated high school when I was 17, and immediately went into the military.  By the time I was 19, I accumulated over $20,000 worth of debt.  Most creditors were willing to give me credit, since being in the military allowed them to automatically deduct the amount of the loan from my paycheck.  At one point in time, I was receiving $42.50 every 1st and 15th of the month.

It really didn’t hit me, that I was in a terrible state, since being a single soldier, I was supplied a room to stay in and a meal card to eat with.  But I didn’t have any money at all, so what was I supposed to do?  That’s right I kept racking up my credit cards.

What finally made me open my eyes and see the situation at hand?  I got arrested for bouncing checks!  What made an already embarrassing situation worse, was that the military was notified and I had disciplinary action taken against me.  Not only did I owe so much money, but I had my pay cut for a few months.

I started paying back my debts… well until I got out of the military.  I wasn’t able to secure a job immediately after getting out of the military, so the collection calls started to come.  So what was a 22 year old that didn’t have any kind of training in personal finance supposed to do?  I am quite ashamed to admit but I just forgot about everything.

Moving around many times over the next few years had the collection agencies catching to find me.  I swore to myself I wasn’t dealing with any credit cards until I was responsible enough.  And for the next five years I didn’t, Hell I didn’t even have a bank account in fear that I would screw that up as well.

During all this time, it became a passion of mine to read books about personal finance and business.  But you know what became out of that?  Nothing!  That’s right I sat on the fence.  That was until I reconnected with my wife… which is a story for another time.