Here’s where I was in July:

Here is where I was last time I gave you totals (November):

And here is where I am now:

As for my savings, I started giving you totals in September. Here’s where I am now:

I’ve only paid off $4308.17 of debt since July. I’m not happy with that at all. I really did think it would be a higher number by now.

Back in July, I started tracking my savings with about $12k of RRSPs. I had $0 in my savings account and no WealthSimple (my fun investing account with is returning 12.4% today). In that sense, I’m doing better. I’ve said over $5000 since then. But I could have saved a lot more.

I’m hitting the books today to make a plan. The only way I seem to be effective at paying off debt and saving money is to automatically deduct things. Clearly, I can’t be trusted with cash in hand. With that in mind, I’m off to figure out how best to manage to keep my money from myself until I can be more responsible with it.

Thank you to the readers, both friendly and critical. I am reading all of your tips and thinking hard about what to do next.

I’ve been bad. Let’s end this with a picture of a Very Good Girl. 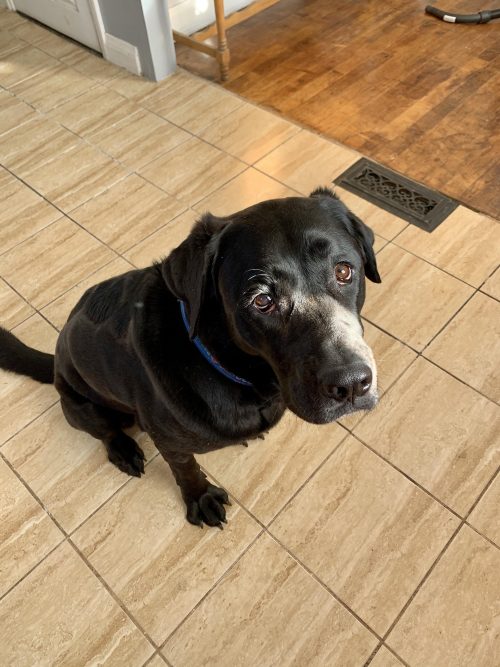 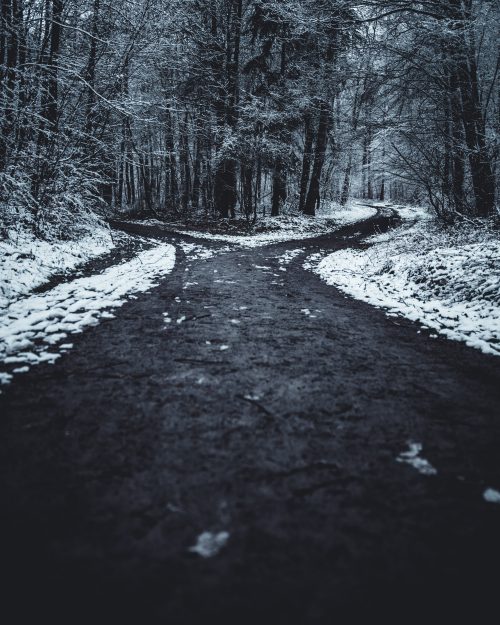 February used to be where my New Year’s Resolutions went to die. For the second year in a row, though, I skipped setting a bunch of resolutions and instead focused on adding one good habit to my life. It’s actually been working. Once a new change becomes routine, I move on to another.

Have any of you read “Atomic Habits” by James Clear? He has all sorts of great thoughts on this topic:

“A slight change in your daily habits can guide your life to a very different destination. Making a choice that is 1 percent better or 1 percent worse seems insignificant in the moment, but over the span of moments that make up a lifetime these choices determine the difference between who you are and who you could be. Success is the product of daily habits—not once-in-a-lifetime transformations.”

Our debt journey has required all sorts of new good habits, like keeping a budget, checking our accounts regularly, working on side hustles, and cooking more at home. Most of these are not fun and it’s been hard to make them part of my life, but small changes are really helping correct our course.

Here are two trivial-yet-effective habits that have helped our finances this past year:

My husband and I had gym memberships that we were hardly using. We were full of excuses, we weren’t getting the exercise we needed, and that money was wasted each month.

It was time for a new habit. Last summer we started getting up an hour before the kids (heaven help me!) and working out together. We began to run back and forth on the street in front of our house and then doing workouts inside. We felt accountable to each other, we liked the extra time together, and—miraculously—it became our new routine. We modify it sometimes and we aren’t perfect with it (Northwest mornings can be rainy and dark, ya’ll), but it’s become such a habit that we felt confident canceling our gym memberships and saving all that money.

Our family used to all eat fruit and cold cereal for breakfast, but it wasn’t super satisfying. I realized I was spending about $10 a week so we could all be hungry an hour later. So my husband and I started the habit of making ourselves smoothies for breakfast, and we both felt so much better in the morning.

Our kids were a tougher sell. When I offered toast or a smoothie they still reached for the cereal. In November I decided to make two new breakfast habits:
1. I stopped buying cereal for breakfast. Boom. The end. Fin.
2. I started using one night a week to make things like waffles and muffins to freeze and warm up in the mornings.

The first morning after all the cereal was gone, I braced myself for a coup. But resistance was minimal! And because I was actually getting up before them, I could quickly make eggs or oatmeal that they now somehow love. (Who are these children?!)

They still ask about cereal sometimes and I don’t always love prepping stuff at night, but these new habits have become our norm. Gratefully we don’t spend $30-$40 a month on food that doesn’t satisfy.

Are home workouts and homemade waffles going to single-handedly get us out of debt? No. But I like seeing that consciously choosing good habits is moving us towards financial independence and helping us become who we want to be.