Yesterday was our last full day in Chicago. Gymnast got to miss a day of school to hang out with us, but went home on a commuter train last night

Princess wanted to use her money to purchase a Chicago sweatshirt. We each have a ‘novelty of choice’ when it comes to memorializing trips and adventures: 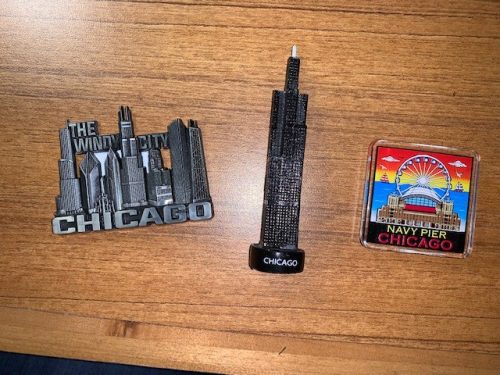 My magnets from this trip – The Windy City to represent how cold it is, the Willis Tower for the Sky Deck we visited and the Navy Pier Ferris Wheel – wonderful memories

But all the stores we visited…well, the sweatshirts were really expensive to the tune of $40-80 dollars. Yikes! After we visited the Willis Tower Skydeck, Princess suggested we visit a local Goodwill. (That’s my frugal daughter for you!)

But unfortunately, no Chicago anything there. I was shocked. I was sure we would find something there. So we are still out of luck with the sweatshirt she wants. If we don’t get snowed in tonight (4′ of snow expected, I imagine we will continue the hunt.)

Speaking of snowed in…I’m so grateful for a healthy emergency fund. Because being snowed in for more than a day will tip us over my budget for the trip. But we are all crossing our fingers we get out of here tonight.

We are having a great time in Chicago with Gymnast. Once we landed Saturday morning, History Buff, Princess and I rode the train into the city and then walked to our hotel. 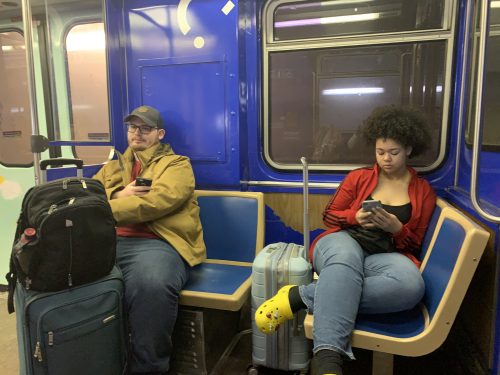 Gymnast’ dad met us (Princess, History Buff and I) with him at the hotel when we arrived Saturday morning. We had lunch together (their dad even paid for all of us – whoa!) and then he drove us minus History Buff down to see his mom. The little kid’s hadn’t seen their paternal grandparents in years.

Then he dropped us at the hotel and headed up. They live about an hour outside the city. And I was all set to enjoy 3 glorious days with 3 of my 4 kids in one of my favorite cities in the world.

As I mentioned when I planned the trip, the airfare and hotel were covered, so I just had to plan financially for food and entertainment. We didn’t spend ANY of our grocery budget for February so technically I have that $400. And I have been hoarding gift cards and extra income.

So I have splurged a little bit…

Our breakfasts are free. We have snacks we brought from home. And we are eating one other meal a day…

Saturday night, we ate at Panera. So it’s not free but we are sticking to the cheaper side of things. (We had hot dogs for our first meal here.)

Yesterday we spent the day wondering around Navy Pier and the Magnificent Mile before heading to the the comedy show. 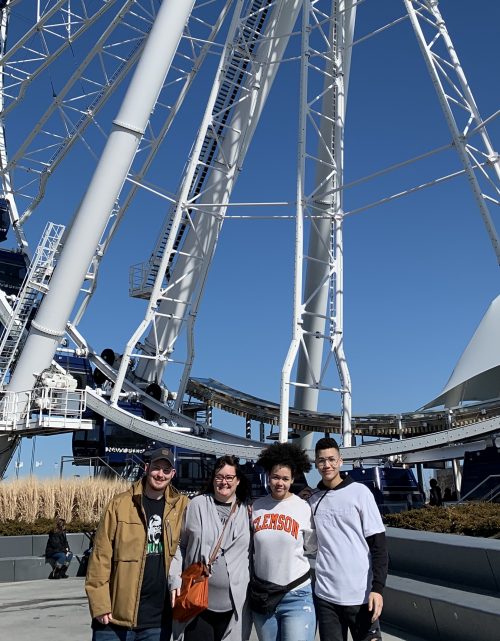 It has truly been one of the best trips I have had in a long time. AND I am squeezing in a few hours of work every day here and there.