Remember the post where I was upset because I felt like I was being called a financial moron for letting my emergency fund dip from buying a new trailer while I waited to sell the old trailer?

Whelp. I’m circling back to say…it was a bit moronic.

Here’s the deal. I don’t think letting my emergency fund dip from 6 months to 4 is a terrible thing. It’s still within the ‘acceptable’ range and if a real emergency happened during that time, I could have had a ‘fire’ sale on both trailers and been made whole nearly instantly. That said, I felt a larger sense of urgency to get rid of the trailer than I would have otherwise. Had I used a larger portion of my emergency fund, I would have been in an outright panic.

Panic is never a good place to be when selling a vehicle.

We spent many weekends and late nights showing the trailer because the thought of limiting the hours for viewing might make us miss the sale. I advertised everywhere and management those ads was a hassle. My phone was ringing non-stop. I even considered delivering the trailer to a property off a rough dirt road 45 minutes from my home which would have been a liability nightmare.

How Long Did it Take to Sell?

It took four weeks to sell the trailer and we ended up getting a little less than we hoped (but still within the planned amount). We had another offer on the table for more but decided to go with the lower offer. I swore that I’d never take a lower offer just because someone had a good story but… that’s what happened.

We had the choice to sell the trailer to a single guy who was going to live in it who offered full asking price or sell to a retired couple who shared their desire to take their grandkids camping. Our trailer has been such a huge part of our lives and we’ve made so many special memories in it for the last few years that I wanted someone to continue that tradition. I know it’s an inanimate object. It doesn’t have feelings. But I couldn’t stand the thought of it parked somewhere. It’s our gift of adventure to their grandchildren.

What Was the Lesson?

I did receive some great ideas on how to avoid this predicament in the future. It seemed silly to have a fund in addition to my emergency fund for these types of situations but the more I thought about it, the more it made sense. We decided to start that fund right away… well… next month. This month our account is running on E. But hey, at least my emergency fund is full again. Whew.

Thank you for the suggestions. It was an interesting lesson to learn. 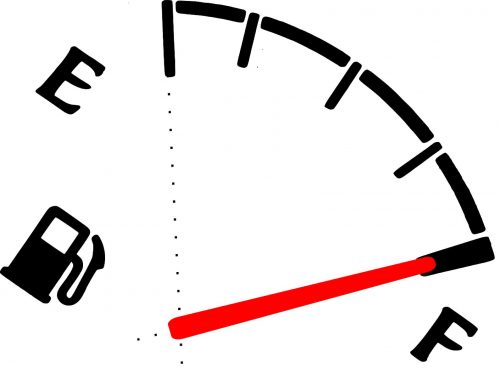