Why I am Focusing on my Student Loans

Frankly, there are still a lot of factors in the air that seem to change my direction on a regualar basis…for instance:

We are trying to determine a week Princess can go see my parents by herself for a week or so this summer. However, she wants to work at the summer camp she used to attend. This would be a 4-6 week commitment and we are not sure when we would get the dates. And if she is not able to work at the summer camp, she is going to pursue getting her welding certification at the local tech school which will require her to be on campus at least 1-2 nights per week. And that would start before the spring semester of high school ends. But she would have the week before July 4th off. And she does not want to go see my parents at the same time Gymnast is going, which will be after July 1 as he wants to wait until he has his learners permit.

Are you dizzy yet? Yes, me too.

This is kind of the same situation with my finances and deciding on a target…it seems to always be moving.

As long time readers know, we went without a car from April last year until August of this year after a car wreck on our way back from Texas. I did not want to finance a car. (Yes, despite readers suggestions to the contrary, I am keeping my credit score in my head as I make decisions.) And we probably could have kept going without one since Sea Cadet was leaving and had already decided to leave his car behind.

But my Uncle, seeing our situation and knowing the commitment I had already made for Princess to attend a private school about 20 minutes from our house, offered to purchase us a car and be very flexible on payments. So that is what we did. And I have been paying $500+ per month since then. Assuming that Princess and I would share it when she starts driving in May and she would help pay for it. (And no, I do not think it is unreasonable to ask a teen driver to help pay for the car they drive.) 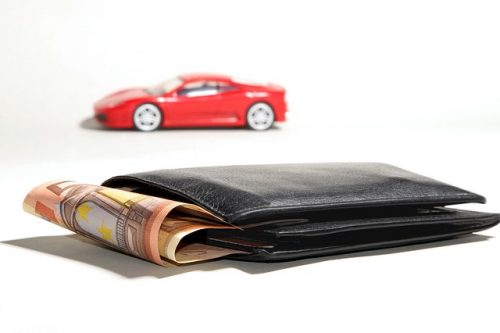 In steps a couple more factors…

The factors that come into play and change regularly boggle my mind. But in a nutshell, this is why I decided to focus on my student loans rather than the car. Even though the car has a higher interest rate, it may go away sooner rather than later on its own. (We are not upside down in the car according to KBB either so I don’t anticipate problems selling or trading it.)

My #1 financial goal for 2020, other than continuing to pay my regular monthly obligations on time is to pay off 1/3 of my student loans. I think this is a very safe goal.