Why do people get into debt?

Hooray! Apologies for the loud voice but I TRANSFERRED MY CREDIT CARD BALANCES TO MY LINE OF CREDIT! I was approved for the 4.99% introductory offer. After one year, the rate changes to prime plus 4.5%. Many of you have warned me about the perils of taking on more credit. While I’ve made moderate progress over the past couple of years, I’m taking this opportunity to turn my financial life around very seriously. I want to have enough personal wealth to buy a house comfortably (without stretching myself). I am someone who is both historically bad with money and also quite anxious about not having enough. I’ve been thinking lately… how did I get into debt?

How did I get into debt?

I’m still working that out, but I am not alone. This AARP article says that “More than half (55 percent) spent equal to or more than their total income including 57 percent of Millennials, 58 percent of GenXers and 49 percent of Baby Boomers.”

Like many others, my debt journey started innocently. On university campus during frosh week, they hand out credit cards like candy! I used it to buy things on eBay and paid it in full. Then a friend invited me to the Caribbean to stay with her for free, but I needed an airline ticket and had no savings. By this time, the bank had increased my credit limit (without asking me, by the way!), and I happily slapped my card down. I would work extra hours over reading week, only a month away. My school was on strike for two months and I had nothing better to do (current me: GET A SECOND JOB, DUMMY!). That was the beginning of a slippery slope.

How do people end up in debt?

Sometimes, people use cards when they can’t make ends meet. I’ve never been in that position, thankfully. I’m just impulsive and short-sighted, but I’ve always made good money. Even in university, I made over 40k a year bartending. $400-600 a night cash on weekends, believe it or not. I worked in some really happening places. I’ve never used a credit card to pay a bill or rent. I just buy stupid toys I don’t need. And that is why I still owe a few thousand for my student loan (unbelievably stupid. I could have invested that money! All that lost compounded interest…). 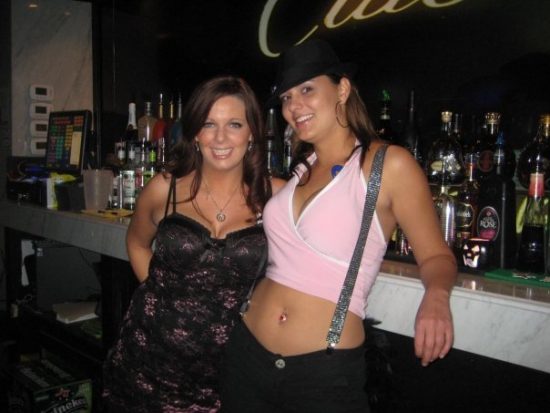 Ahh, yes. Student loans. Often the first piece of debt someone has in their own name. If finance was taught in high school, kids wouldn’t do what my friend did, which was take out a bigger loan than he needed. He was a popular guy, buying rounds at the bar. The rest he gambled away. He is moonlighting as a waiter to pay these off in his 30s.

Others don’t have an emergency fund. I barely have one (it will be at $2500 as of tomorrow when I get paid). If you can count on anything, it’s that there will undoubtedly be emergencies. I have used credit for car repairs, vet bills, emergency flights, and more. All things that I should have known would happen at some point.

Marriage and Divorce are both incredibly expensive if you don’t play your cards right. I’ve been spared of this, but I also have been paying rent alone all my adult life. Sharing expenses sure would be nice. If I ever get married, you bet there’s a pre-nup.

Of course, it’s hard to find fault with people who are hit with unexpected medical expenses. Heath care is something we need to survive, and it’s the leading cause of bankruptcy in the US. In Canada, prescription drugs are usually not covered by government heath care plans, and cancer drugs can be thousands of dollars a month. If you don’t have drug coverage through work benefits, you’re going bankrupt to stay alive. It’s hard to believe we have allowed such systems to exist.

In Canada, reduced income is the leading cause of bankruptcy. That could be due to job loss or a life event. In any case, I’m working hard to set myself up for success down the road. It turns out, I am quite risk averse but have been inadvertently leading a risky financial life!

Thanks for following along so far. It’s really motivating to be honest here about my situation.