I posted on Monday about my first time being sick as a single parent (spoiler alert: it sucks!). My symptoms had started on Sunday and I was pretty sure I had the flu: high fever, alternating chills/sweats, nausea, vomiting, body aches. Classic signs, right?

In our co-parenting plan, the girls’ Dad takes them on Wednesdays overnight. He picked them up Wednesday afternoon and I was STILL at Death’s Door. In texting with my sister (an RN), she convinced me things had gone on too long to just be the flu. If anything, symptoms had been worsening. I was completely incapacitated. I mean, just writhing around in bed and on the bathroom floor (in between puking my guts up). And then I started to really notice the pain. Right in my lower back. Like…..right on the kidney.

I don’t know why I hadn’t noticed it sooner. I had an extremely high fever the first couple days of illness so that was front-and-center for me. My thoughts were distorted, I couldn’t put together a coherent sentence. I was a mess.

It took me at least an hour to pep-talk myself into getting up, changing clothes (I was wearing puky PJ’s) and drive myself to a full-service urgent care. But once there, a urine analysis and ultrasound confirmed a diagnosis: KIDNEY STONES 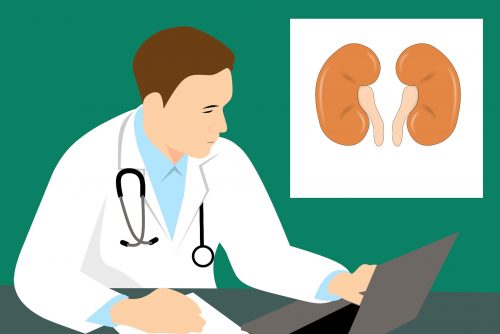 I have an extensive family history of kidney stones: my brother, my dad, all my dads’ siblings (including the females), my grandpa, etc. I grew up listening to stories about my Grandpa’s work ethic. He used to live in New Jersey and take the train into work in New York. He’d literally lie under his desk writing around in pain until he passed his kidney stone(s), then back to work and on the train home again. Long family history. So the Family Curse has struck again.

So there you go. At least now I know what I’ve got and I can try to take active steps to get out ahead of it and better manage it in the future (recognizing the symptoms and getting started on meds sooner). But I’m still in pretty excruciating pain so there’s that.

I’m accepting all thoughts/prayers/well-wishes you want to throw my way. I appreciate any and all! <3