Working in the New Year

While it seems the rest of the world has taken the week off, my family is hard at work. In fact, other than Gymnast, all of us (me and the 4 oldest kids) are working almost every day this week including New Years Eve and New Years Day. As I sat back and reflected on this, I swelled with pride.

Each of the kids is driven in their own way. And I am certainly recognizing that each of them has their own motivation. Some are motivated by money, some by a particular financial goal, and some because they genuinely like being needed, valued and helping people. This same motivation plays out in how they handle their money as well. I’m just starting to recognize that in my kids and as a result taking a look at that in myself. 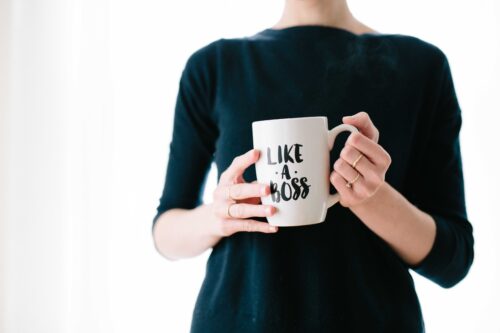 Job Changes in the New Year

On that same thought pattern, there are lots of “job related” changes coming in the new year. I am starting my new corporate job. Sea Cadet is starting a new part time gig and returning to school part time. Princess is putting in her notice at her first job and starting a new one (at least that’s the plan today.) And Gymnast is weighing his options regarding working versus sports at school. I am encouraging him to continue with sports. He needs that outlet and I need him to have that outlet, not to mention I think it will help him to connect with more of his peers. The combination of moving here and COVID has made him pretty isolated.

I am also forcing Princess to cut back on her work hours in the new year, for her final semester of high school. She worked almost full time last semester. This worked because she really only had one class she had to attend on a daily basis. This next semester she is taking 4 classes, 3 of which will meet every day. I told her I don’t want her to look back on her senior year and just remember working. Because I am limiting her work hours for this semester and she has done a phenomenal job at savings, I will be covering her “bills” (phone bill and 1/2 her car insurance) for this semester.

It has recently dawned on me that I will be “unemployed” for 3 days. (Not really as I do have continuing clients and work.) Hear me out…I am currently committed to my new job as a contractor through 12/31. And I don’t get on-boarded with them as an employee until Monday, January 4th. So I have 3 days I can technically go dark without really losing income.

I don’t know if I will take advantage of this, but it does give me pause. The thought of staying in bed and staying off electronics for an entire day is pretty enticing right about now. Happy New Year to me! Any exciting New Year’s plans for you? I imagine there will be lots of new traditions tried this year.

Best Christmas Ever and I quote…

There are no words a parent wants to hear more than “best #### ever.” It just feels good to get something right.

There was a unanimous  and record breaking agreement amongst all five of my kids this past week…”Best Christmas Ever!” And I’m excited to say, that started before the presents. It started with Christmas Eve. Score one for this mama!

We had a Dips-mas Christmas Eve this year instead of our typical, traditional meal. Dips of all kind, chips, veggies and fruit along with a charcuterie board/box from a local small business. It was amazing. The kids loved it. I loved it. And Gymnast has already said that’s what he wants to do for his birthday. 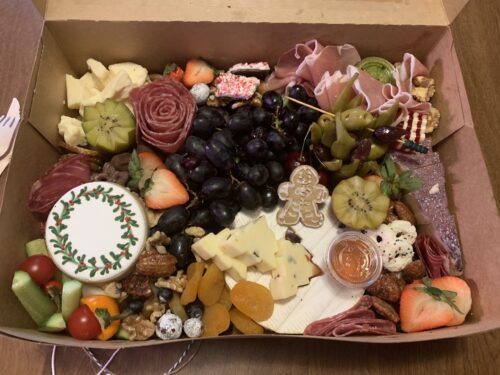 After food, we played games. For the last several years, we have done plastic wrap ball. (I just grabbed a tutorial from YouTube for those that don’t know what it is.) And my dad has financed it. But this year, I thought there were just too many of us with all 5 kids here. (This is the first Christmas we’ve been together in several years between History Buff staying in VA, Sea Cadet being in Americorp and Gymnast being at his dad’s and of course, Beauty being new.)

The games were fast moving, engaging and a lot of fun. We took a lot of video but Princess hasn’t compiled it yet to share. We had lots of spills, balls everywhere and everyone was moving around and laughing. It was also a good reminder that the lottery is not a money making tool. $20 spent on scratch offs and I think in all we won about $7. But it was good fun!

We had Chinese food Christmas Day, a tradition we’ve started since moving to Georgia. Then we took turns opening presents. Beauty stated how it was her first real Christmas and she felt like a kid. (My family is so great; they embrace every new addition I add as if they have been here all along.) The twins chimed in on how they remembered how so much was different when they moved in with us 10 years ago – first home cooked meals, first birthday party and more. 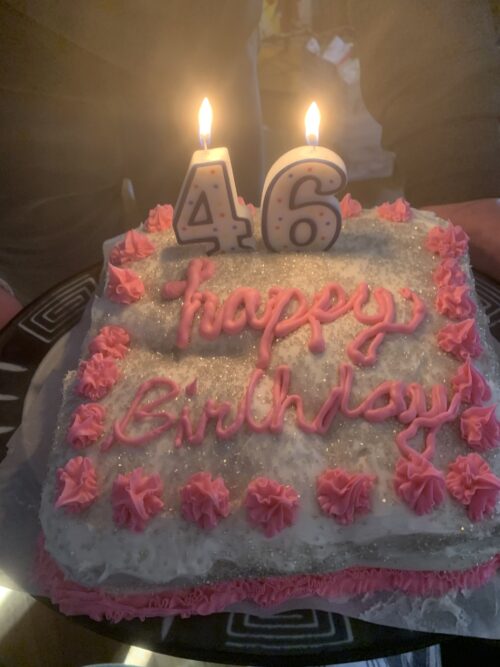 The kids surprised me with a birthday cake. But they got the age wrong…because I’m certain I’m 28 or at least just celebrating the anniversary of my 28th birthday!

And then everyone headed their own way…first birthday/Christmas in 16 years that I had any time to myself, it was new and a little weird but good.