Making Extra Money at the Beach This Summer

I love the beach. In fact, I spend as much time as I can at the beach every summer. The problem I had for years was that going to the beach seemed to be a waste of my valuable time when it came to earnings. Should I go to the beach and enjoy myself, or should I really be using that time to work a side job and bring in more money? Then I began to think, “Is there a way that I can make money when I’m at the beach?” Over the years I’ve tried a variety of ways, some with more success than others. I thought I’d share some of the experiences I’ve had to help inspire others and to possibly get some of your creative juices flowing. 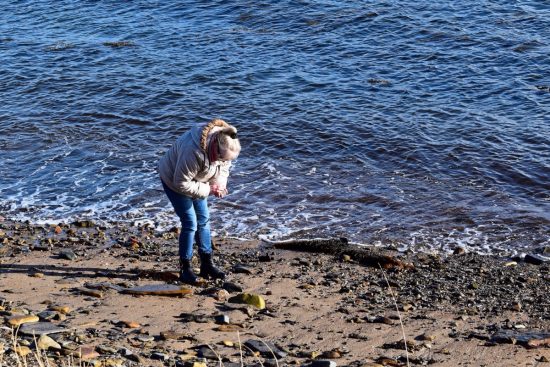 My first idea was to use a metal detector to look for lost treasures while at the beach. The issue was I really didn’t want to spend a few hundred dollars on something I wasn’t sure would work. Luckily, I had a friend who had one and who was willing to lend me hers. While I had fun doing it, I quickly realized it wasn’t a productive way to make money. I found a few odd coins and a lot of metal trash, but I never left the beach with more than $5 the fifteen times I tool a metal detector with me. I think that if I were on the east coast, or went to a beach where there were a lot of wedding ceremonies (lost rings and jewelry) I might have fared better. I’m glad that I gave it a try, but also happy I didn’t invest a lot of money into my own metal detector before figuring out it wasn’t going to work for me.

I’ve always loved sea glass, and I would casually wander and pick it up when I would visit the beach anyway, so I thought this might be a possibility to earn a bit when I learned that rare sea glass could go for a pretty penny. What I quickly learned was that finding rare colors is not easy, and the common stuff that I was finding wasn’t worth a whole lot of money. I did find a sea glass marble which I was able to sell for $15 on eBay, but most of the sea glass I found was of little interest to collectors.

I had a friend who asked me to collect driftwood for her, and I thought I might be able to turn this into a money maker. There was plenty of driftwood to collect at my local beach (please check the regulations at your beach before doing this…many state beaches don’t allow you to take anything including driftwood). I was a bit more successful with the driftwood than I was with the metal detector and the sea glass. I found several buyers who would take what I found, but it still ended up being quite a bit of work for not a whole lot of money.

While each of the three above individual efforts to make money ended up not working, I finally was able to come up with a way to make money from the beach by combining the three together. I started taking the sea glass, the random finds from the metal detector (which I still borrow from my friend from time to time) and the driftwood to make jewelry and artwork I sell at our local flea market and summer festivals. I also include interesting shells and rocks I happen across as well. I don’t make a ton of money doing this, but I make enough that a trip to the beach is now a profitable endeavor rather than a day without any income generation.

I know this isn’t possible in all circumstances, but I’ve learned that it’s worthwhile trying to figure out if there is a way to make a little money from the things you enjoy doing and would do anyway. Figuring out how to make money going to the beach makes me feel a lot less guilty about heading to the ocean because now I know I will not only enjoy my time there, it will also benefit my bottom line as well.