I’ve always said I’d only have the girls in one activity at a time. That’s all I can handle in terms of $$$ and time/sanity since I can’t be driving all over town to different activities every night of the week.

Right now, I’m lucky that the girls have the same general interests and are still in the “discovery” phase with most activities, so they’ve stuck together and always done the same activity, too. They’re just learning about different activities, rather than really honing skills and developing in a single activity area.

Over the summer, the “activity” was swimming. They’ve done swim lessons for 3 summers in a row now, and I’m glad to say they’re FINALLY really swimming! Wooo! 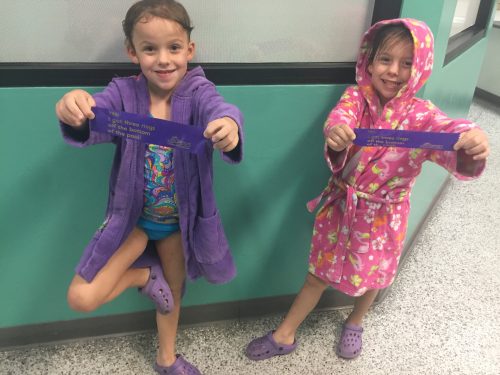 Swim lessons wrapped up at the end of August and with the move in early September and everything that has occurred since then, I haven’t looked into any additional activities.

Today, I was looking at budgets, numbers, etc. and had the thought occur…..what if we have an activity-free Fall?

It would certainly save us money AND help with the craziness of the transition from two-parent home to one-parent home. It’s been a big transition for us all and taking this one extra thing off my plate would be a nice respite from the craze that one-night-a-week when I’d otherwise have to deal with Fill-In-The-Blank kids’ activity.

But then just almost as soon as the thought occurred, the mom-guilt started setting in. Or maybe it was just more of a question nagging at my heart rather than full on “guilt”??? But I just basically asked myself, “is it selfish to take away the one, single kids’ activity that the girls have to do outside of regular school-stuff right now?? Would it be better for them to continue on with some activity???”

To be clear, I did not remove them from anything in haste. We’d planned in advance to be done with swim at the end of summer so the end of swim lessons just happened to co-incide with my move. But I’d also intended to get the girls involved in some type of activity this Fall (t-ball? music?), and I haven’t set anything up yet.

On one hand, I don’t think taking a couple months off of activities is going to kill anyone or be the worst thing in the world. But I wonder if having something (anything?) just for them that’s a fun extra-curricular is important at this time of change and upheaval? Would it be a nice outlet for them?

Even if we do try to stay activity-free through Fall, I don’t want that to become a long-term thing. The girls are still young and just learning about different activities. They’ve never had any formal music lessons and just barely began with team sports last spring (only doing one single 5-week long soccer camp, 1 night per week for 5 weeks, so literally only 5 times). At their age – almost 6.5 – I really want to continue exposing them to different activities so they can start developing their interests in the coming years. In particular, I think it’s important for them to have some formal music training education and team sports participation (though….not at the same time?!?)

What are your thought? Would Activity-Free Fall be a nice way to save a few bucks for the family OR is the benefit to the kids (especially during this transitional time) worth more than the cost?

This year, I’m excited to take the girls to the Tucson Botanical Gardens! 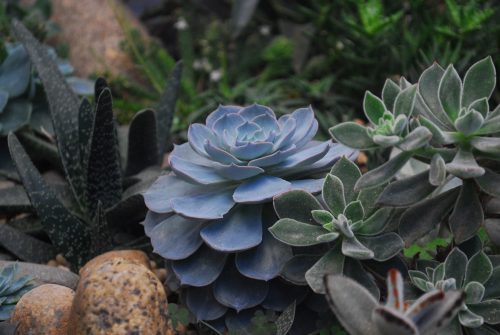 I’ve only been once, when I was pregnant with the girls. They’ve never been and I’m excited for them to check it out – especially the “Fairy Garden” 🙂

[Edited to add: there was no Fairy Garden…..don’t know why I thought there was one there??? Either way, it was a fun time! Hope everyone is able to participate in Free Museum Day in YOUR local area!]

Check it out to find participating museums in your area!