For any new readers, my youngest son (age 13) has been a competitive gymnast for 6 years now. This would have been his 7th competitive season, and he was slated to move up to Level 8. Level 10 is collegiate. He’s very good.

Up until this year, he has trained year round with very few breaks. But in May, I made the decision to pull him out for a number of reasons.

The Costs of Training

But needless to say, with this level of competition, there are numerous other commitments. He trained 1 hour from our home. Last year, he was going 4x week, and this week he was to go 5x a week. 20+ hours a week in the gym. The costs added up:

The Benefits of Training

Now don’t get me wrong. Gymnastics was not all work and financial pain. Gymnast is REALLY good and thrives in this individual sport.

In fact, you can watch a compilation of one of his meets from his Level 7 season (2018) on YouTube here.

In addition to his obvious talent and love of the sport, there were other benefits based on our current living situation:

Pulling him out was not just a financial decision. There were several other factors that came into play.

My willingness to compromise is the same. And he is aware that his return is conditional on several behavioral factors in addition to the money. His coach is also aware of this and supportive of the situation.

Overall, he is very happy with the plan. Which I was surprised at. But I think after 2 1/2 months, he realizes that I am not making empty threats anymore (I have been guilty of that in the past.)

While I am not thrilled with the $100+ addition to my budget as I try to really focus on better decisions. I believe this is the best of both worlds, and a good compromise.

What do you think? Have you had to make this type of gut wrenching decision with your own kids or even for yourself?

You can see my June debt update here. My business continues to grow, which I am very grateful for.

While my plan was to finish paying off my Self Lender account and then the credit card, I got ahead of myself and put all my extra towards the credit card. This month I’m committed to getting rid of the Self Lender payment. That will free up $97 per month.

Not much else going on. School starts Thursday. I’m adding $80 to my budget each for Princess to purchase lunch at school. Gymnast’ school provides free breakfast and lunch to all students so I don’t have to worry about him. I told Princess when she runs out of money, she will have to pack a lunch. I felt this was a good compromise. (New budget coming soon.)

I’m ready for school to start. These last couple of week’s have been hard to handle with balancing all the in and out for Princess volleyball and work commitments. Having a regular schedule will really help.

We will drive up to Virginia in a couple of weeks to bring Sea Cadet home from his summer camp job. We will get to spend a day with History Buff while we are there. I’m really excited. (And sorry if this is not new news, I cannot remember if I wrote about this plan.) 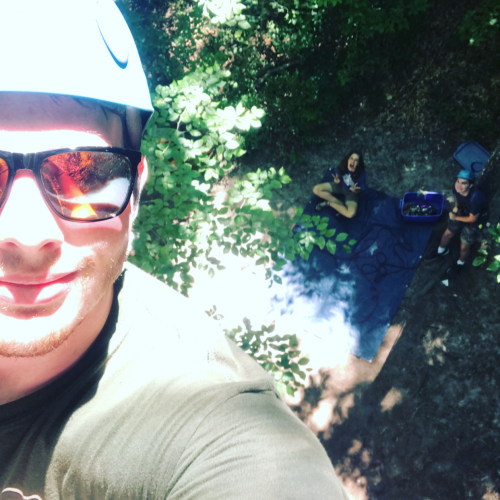 Well, there is one big piece of news. I have compromised on Gymnast continuation in gymnastic’s training. He’s been out for 2 1/2 months now. And despite time to think about the free time he would have, trying another sport and so on, he is at committed as ever to returning to gymnastics.

I am committed to making better financial decisions. I will write more about this piece of news later.

Right now, I’m feeling good about my progress with my debt payoff for this month. It feels good.

Were you able to make it through the summer without blowing the budget? What changes do you make to your budget for the school year versus the summer?